Running a business requires owners to maintain a delicate balance between accruing debt and paying it down, especially for an early-stage business. Taking on debt gives business owners an infusion of much-needed cash to quickly grow and expand. Yet having too much debt can drive a company right out of business.

Solvency refers to a company’s long term ability to meet its debt obligations. Short-term debt is more the purview of liquidity, as you’ll see shortly. Accountants have come up with a number of different ways to assess a company’s solvency. This is expressed in the form of different ratios.

The debt-to-asset ratio compares your company’s assets to its liabilities — in other words, what your business owns versus what it owes. It’s sometimes also known as just the debt ratio.

The lower your debt-to-asset ratio, the less risky you’ll look to bankers, investors, and the like. After all, if your assets are substantial compared with your liabilities, in a worst-case scenario you can sell some assets to cover those liabilities.

Good debt ratios will vary from industry to industry. The specific circumstances of your company can also affect what would be a good debt-to-asset ratio. For example, if you’re just starting up a company that needs a great deal of expensive equipment, you’ll probably need to take on a significant amount of debt to acquire that equipment. Such an early-stage company would likely have a relatively high debt-to-asset ratio. But, over time, the company would (hopefully) pay down that debt, lowering its debt ratio.

As a rule of thumb, a debt-to-asset ratio of 0.4 to 0.6, or 40% to 60%, is considered good. A ratio higher than 1 means that your debts are greater than your assets, indicating a very high degree of leverage. For example, Sears’ balance sheet for the fiscal year ending in 2017 revealed a debt-to-asset ratio of just over 1.4. That put the company in a very tight financial spot because any slowdown in revenue can make it extremely difficult for a highly leveraged company to meet its obligations. In the case of Sears, its high debt ratio was an important factor in the company’s 2018 bankruptcy.

The debt-to-equity ratio is one of the most fundamental solvency ratios. It compares the company’s debt to its shareholders’ equity. Since shareholder equity is the net value of a company after its assets are liquidated and its debts are paid, comparing debt to equity gives an excellent perspective on how leveraged up a company is.

A low debt-to-equity ratio means you have lots of equity to balance out your liabilities. This is generally a good thing — it means your business has little risk of becoming insolvent. On the other hand, an extremely low ratio may mean that you’re missing some important opportunities. Acquiring a reasonable amount of debt allows a company to fund its growth more efficiently than if it simply relies on its own capital.

What is a Good Debt-to-Equity Ratio?

Ideal debt-to-equity ratios vary by company size and industry. But as a general rule of thumb, keeping your ratio around 2 is usually best. A ratio of 2 means that you have twice as much liability as equity, which is generally a good balance.

Investors will often look for a cash flow-to-debt ratio of 66% or above. This ratio indicates that a company’s cash flow is two-thirds of its debt load. In its practical application, this means the company could pay off all of its debt out of its cash flows in a year and a half. While it’s unlikely that a company would actually choose to do this, such a relatively high ratio means that the business has the ability to make significant strides in paying down its principal using ready cash.

Wondering how to manage cash flow?

Liquidity indicates how easily a company can meet its short-term debt obligations. A highly liquid company generally has a lot of cash or cash-equivalent assets on hand, because you generally can’t meet short-term operating needs by selling off pieces of equipment. As with solvency, accountants have developed a number of ratios to measure a company’s liquidity in different ways.

The current ratio, also called the working-capital ratio, is the most fundamental and commonly used tool for measuring liquidity. This ratio compares a company’s current assets (meaning assets it could readily liquidate, such as inventory) with its current liabilities (meaning its short-term obligations, such as accounts payable and the portion of its debt payments that are due within a year).

A current ratio of less than 1 means that a company has a serious problem: It doesn’t have enough cash to pay what it owes right now. But because current ratio looks at short-term assets and liabilities, it can change rapidly. For example, if you bill your customers at around the same time every month, you’ll likely get a ton of payments shortly after the invoices go out — which will increase your current ratio dramatically. But once those timely customers have paid, the flow of revenue will shrink, and your current ratio will drop again.

Ideally, a business should have a current ratio well above 1. But it shouldn’t be too high. An excessive current ratio means that a company is sitting on its cash rather than using it for growth. For most companies, a current ratio between 1.5 and 3 is ideal.

The cash ratio is a much stricter way to measure liquidity than the current ratio. Instead of comparing all current assets to current liability, it uses only cash and cash-equivalent assets. Cash-equivalents are investments that have a maturity date of three months or less, such as short-term certificates of deposit.

A cash ratio above 1 means that a company has more than enough cash on hand to pay all of its short-term debt. This is ideal, but a ratio of 1 or below is not necessarily a red flag. Current liabilities include all debt that’s due within 12 months, while the cash ratio looks only at the cash the company has on hand now. Plus, like current ratio, cash ratio will fluctuate quite a bit as revenue comes and goes. You can get a better feel for your company’s liquidity by taking cash ratio snapshots throughout the month or quarter and then averaging them out. If the average is 1 or better, your company is doing very well by this measurement.

The reasoning behind this ratio is simple: If your business falls into a slump, inventory might suddenly become impossible to move. Your other current assets — including accounts receivable and the ubiquitous cash equivalents — are much more likely to convert to cash as needed, which makes them a better measurement of your company’s true liquidity. Accountants also frequently omit prepaid expenses from the quick ratio because they can’t be readily converted to cash.

How to Improve Your Company’s Ratios

Solvency and liquidity ratios are extremely important because these are the metrics that bankers, shareholders, and lenders will use to measure your company’s financial fitness. If your results are poor, as measured by one or more of these ratios, finding ways to improve the numbers can help you secure capital or financing.

If solvency and liquidity ratios are poor, focus on improving your solvency first. Reducing your company’s leverage will generally correspond to an increase in liquidity as well, but the reverse is not always true.

Approaches for improving your business’s solvency include the following:

Building up your sales and marketing efforts can greatly increase your revenues in the medium to long term. That means more cash coming in that you can use to pay down an excessive debt load.

If you’ve got plenty of sales, but each sale has a tiny profit margin, then getting more customers won’t help. Instead, focus on building a bigger profit margin into each transaction. That might mean raising prices or focusing on sales that have a bigger profit attached.

It’s possible for owners to immediately improve debt-to-equity ratio by putting some of your own cash into the business. You’ll have more to spend on growth and/or paying off liabilities. Luring additional investors will be a challenge if your liquidity and solvency ratios are poor. But you may be able to talk to existing investors into providing more funds if the terms are generous enough.

If you need a fast financial fix and haven’t had any luck with raising capital, selling some of your assets might be the best course of action. Choose assets that aren’t central to your business activities, preferably ones that you’ve financed. The latter means that getting rid of the asset will also get rid of some of your liabilities.

Interrogate your expenses to see if you can trim out any fat. Once you’ve made the obvious cuts, look at any short-term ways to save money. For example, you might need to lay off some employees until you’ve dug your business out of its current difficulties.

Once you’ve improved how your business looks on paper, you’ll find it much easier to get funding to further your company’s growth. But be cautious about acquiring new debt; too much of that will put you right back where you started.

Finally, keep a close eye on these ratios in the future. Check them at least quarterly if not monthly, and take immediate action if they start to slide. The sooner you can correct any problems, the easier it will be to fix them.

Want someone to work out your solvency vs liquidity plan, rather than doing it yourself? At Pilot, we offer one of the best bookkeeping services around. Try us out. 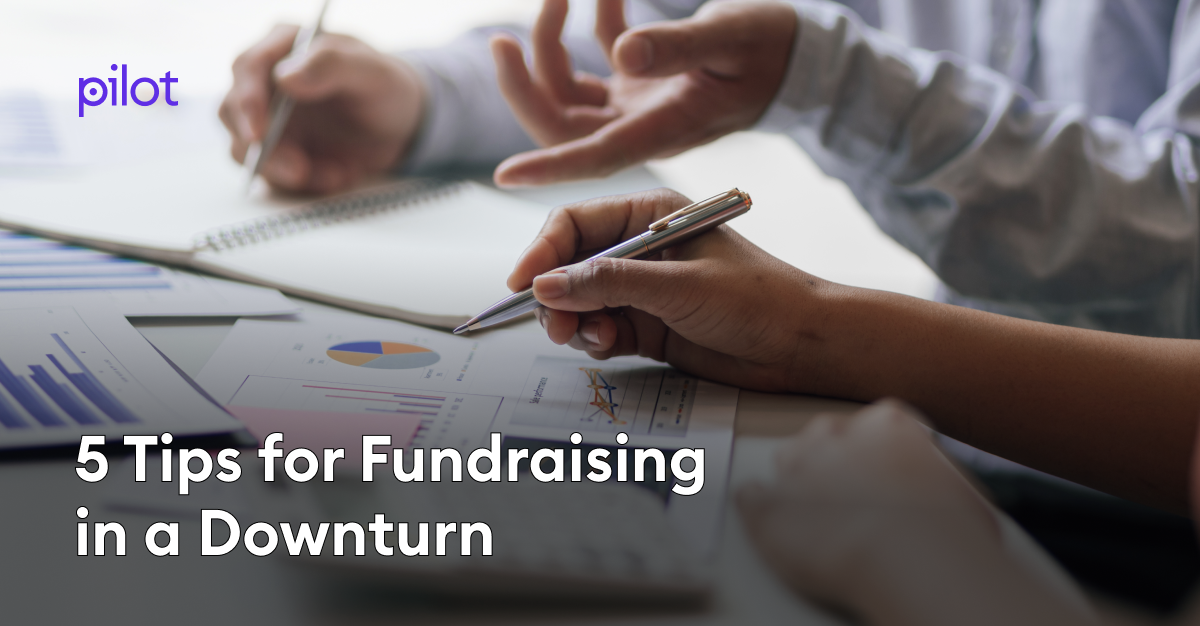 5 Tips for Fundraising in a Downturn 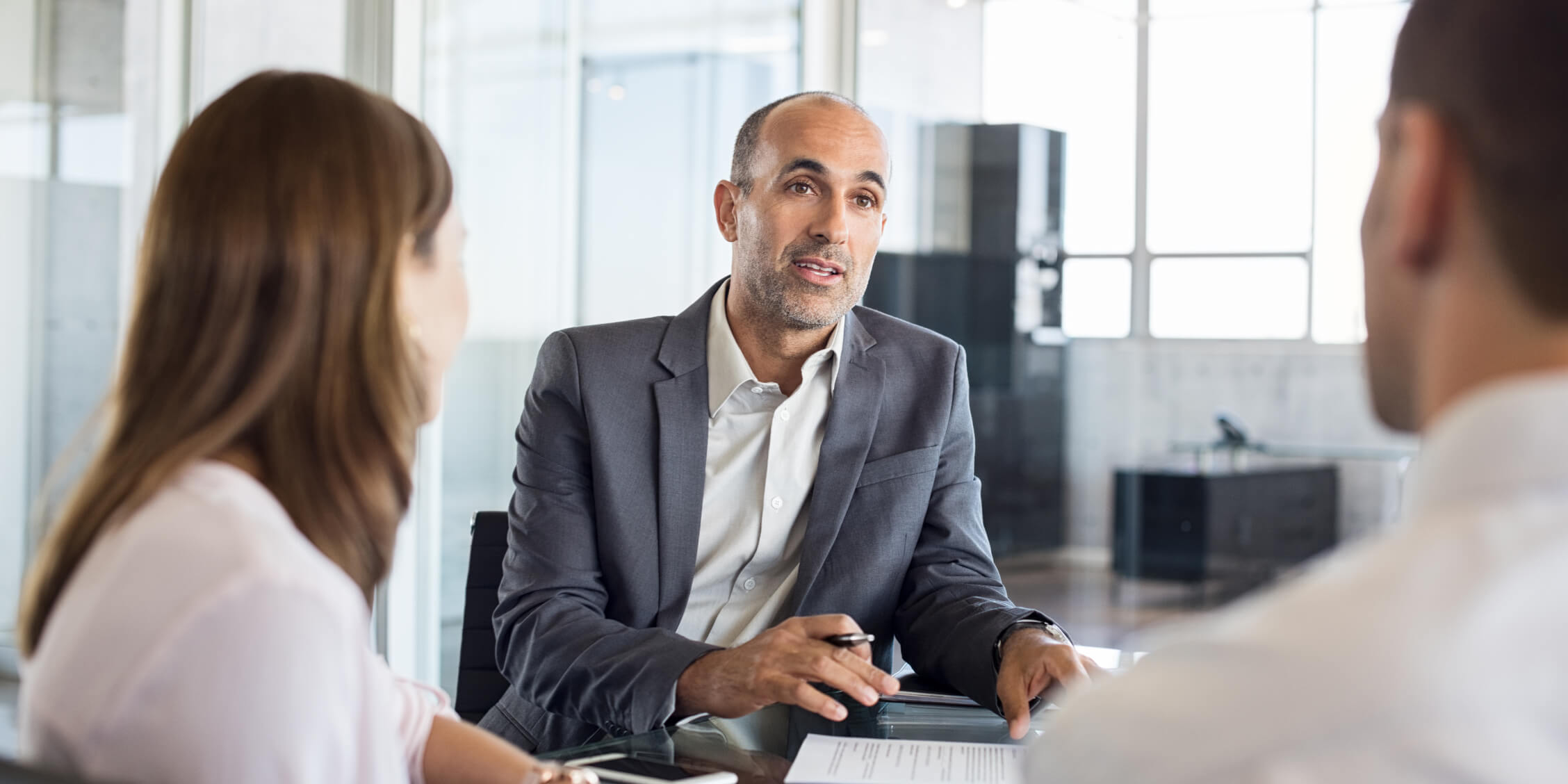