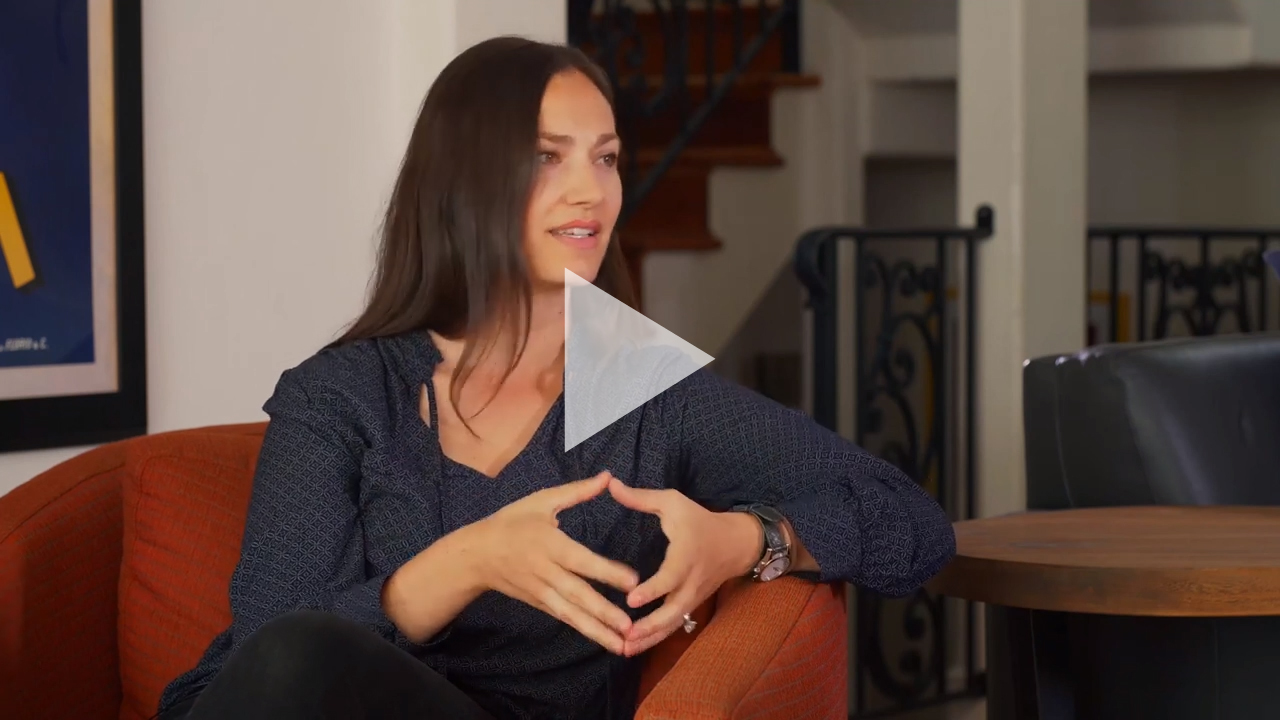 You’ve built something amazing. You’ve raised capital, launched your product, and built your team. At some point in your journey as a founder, you’re probably going to start thinking about what an acquisition or IPO might look like for your startup. But are there things you should be doing now to plan for it?

According to Sara Adler, a General Partner at Wave Capital, the answer is yes. She thinks founders should start planning for an acquisition for their startup long before they think they need to. To help founders chart the right course, we talked to Sara about her experiences with acquisitions as a VC and in corporate development for Airbnb, Dropbox, and Facebook.

From building    relationships  to getting your finances in order to managing negotiations, here’s her advice if you have a startup and are planning an acquisition. You can watch our video interview or look below to read the full transcript.

What led you to corporate development? [0:36]

I like helping founders navigate their journey into the larger corporation, but also helping their company figure out what is the right use case for mergers and acquisitions (M&A). When does it make sense and when doesn’t it?

What things do startup founders often get wrong about the acquisition process? [2:02]

Many people want to only think of this as a transaction. But the reality is,    there’s  humans that are a part of this. While    media  says these transactions happen overnight, the relationship has been building for years. You have to start building those relationships early on because you don’t know where your company will go. And if you get to a point where you really need to sell, it’s not going to end in the way that you want it.

If a startup decided the time is right for an acquisition, what would you advise a company do to get started? [3:50]

Start the process long before they think they need to. Merger and acquisition processes can take at a minimum 2 months. You want to get to the decision maker in an as organic way as possible. And corporate development people are generally not the decision makers. Typically you interface with the “deal sponsor.” And that’s someone usually in the product, engineering, or business side of things. That’s the person you want to build a relationship with.

How do you get in front of these decision makers?

Warm intros are always the best, in general. With that being said, it’s such a personality driven thing, it depends on that person. I’ve worked with leaders at companies who would receive a cold email and would be really excited just to chat. And I’ve worked with people who would adamantly never talk to someone who reached out cold. [5:53]

Is it possible for an early-stage startup to pique the interest of a larger organization? [6:44]

If you have escape velocity of your user base, a piece of technology that is irreplaceable and hard to replicate, or talent that’s impossible to find, those are all ways you can separate yourselves from any other opportunities the acquirer is looking at. You cannot force interest by just having a “process” that is put together. Acquirers are patient and would rather say no and not take the risk if they don’t have to. Which is why if you can build those relationships early on, they’ve actually been thinking about it in the back of their head along the way.

Any tips for startup founders on how to navigate the merger and acquisition process? [8:32]

A common mistake is to not be genuine. You’re going to be colleagues after all is said and done. You want to make sure you’re starting the relationship off right. The other thing is, you should give a sense of what the time frames are. Giving a company a three-week timeframe will sit much better than three days. If you pressure them, it’s definitely going to be no.

What deal points do founders not pay as much attention to as they should, or over-negotiate on? [11:17]

It usually comes back to trust. Do you believe this acquirer? It gets pretty heavy with non-competes or accelerated vesting. And if the answer is, I don’t trust this acquirer, that’s a good thing to figure out long before the deal is done. Because once you are at the company, the worst case scenario is you’re not happy. And that comes down to, were the alignment and expectations set upfront, correctly?

Can you walk us through the pipeline? How does the process work and what are typical time frames? [14:23]

Usually the initial step is to have an introductory meeting. They’re making the assessment of, is this worth investing more time for our team? And they’re also making the decision of, what type of deal is this? Team onboarding versus technology deals have different evaluation processes. The initial email is great, because it means there’s interest, but it can be a distraction. In fact, the M&A process is one of the most distracting things. It’s a very big decision. Do you want to even engage in that process?

What’s the percentage of companies that actually get an acquisition?

Probably about 5%. That’s why you shouldn’t get your hopes up. It could be the acquirer said no, it could be that the startup said no, so it comes from both sides. [17:39]

Advice on managing the psychology the of the team? [18:13]

I’ve seen some founders that shield their team until they have an offer in hand. Then there’s some situations where that’s just not an option. I think the risk of bringing the entire team under the kimono is that, you can’t really turn back from that. Worst case, even if the deal didn’t work out, some of the employees of the company reach out to the acquirer asking for a job. And that puts everyone in a really awkward situation. So starting the process is usually a one-way door. And it’s very hard to manage that morale over a long period of time. The longer the process, the more likely the team will not stay intact.

Do big companies have similar or different styles in how they evaluate and acquire companies?  [20:32]

In my experience, very similar. The companies I worked for were very product driven in their M&A strategies. A lot of that happens to be correlated with the stage of the company that they were in. When I was at Facebook and Dropbox and Airbnb, they were all going through hyper growth, in a phase where product strategy was the most important thing in the company.

What leads to successful integrations? [22:23]

Integration should not start right after the deal is closed. It really should start as soon as you are in the evaluation process, making the decision. Where things happen to be most successful, is alignment. It’s easy to gloss over broad statements like, “You will be our machine learning team.” But the details are really where it comes into play. Who’s going to lead that team? Is it going to be the CEO of the startup, or the existing person at the larger company? The second biggest driver of success was whether or not the founding team was going to be viewed as leaders within the organization. Third would be, if the deal sponsor is actually able to be empowered to help this company be integrated.

Are there particular moments that founders can make or break an acquisition? [25:26]

I thinks it comes back to trust. Negotiations can be delicate, but you want to be authentic. If you push acceleration clauses or ask what happens if you leave the company, it makes the acquirer nervous. And then, being deceitful at any point.

How does a founder evaluate all aspects of an offer to make sure they pick the best one for their company? [27:14]

There’s three parts. The actual monetary offer, say 10 million versus 12 million dollars. But you also need to consider you’re going to be working with these people. And finally, you have to think about your team. So you definitely need to think about the holistic picture, not just the payout.

Are there things founders can do to make the team particularly successful as part of the integration? [28:33]

I do think the founders have to be the advocates of their team. That’s also when you get into those nuance details of, what does the integration look like? It seems like the right answer is to keep the team completely insulated as they worked well together. But often times that’s not setting your team up for success. The team is not going to be as able to integrate with a larger company unless they have some infusion of the larger organization that joins.

Are there particular types of companies or entrepreneurs you like to see when you’re evaluating deals now at your new VC firm? [29:45]

With what I saw in integration, it was really rockstar founders that was one of the biggest indicators of success. That translates very well to early stage investing because a lot of it, you don’t have a product to evaluate, you don’t have a user base to evaluate, you’re really evaluating people. And making an assessment on, do we think that this is a team that can actually make it big?

Sara Adler is a General Partner at Wave Capital, an early-stage venture firm that specializes in marketplaces. She previously worked in corporate development at Facebook, Dropbox, and Airbnb.

Startup Tax Prep: How to Find the Right Tax Provider