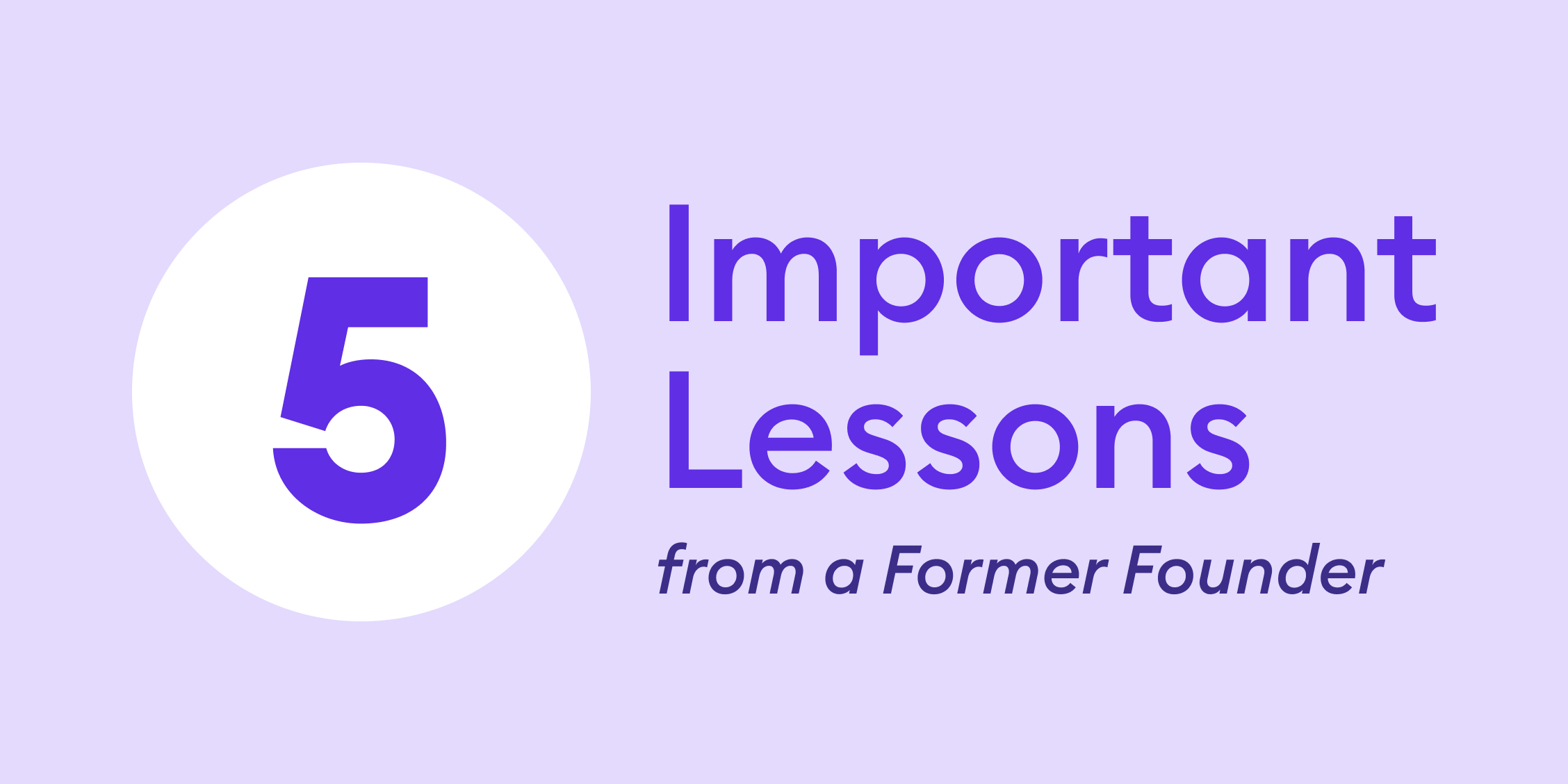 Richard Wu’s journey as a tech founder started while he was eating at a restaurant in New York City. At the time, he was a senior at the University of Chicago, where he previously started a company that helped address the issue of food deserts—areas where people don’t have access to affordable, healthy food.

The tech idea was related to food, but very different. There are plenty of apps for figuring out where to go, but not many that tell you what to order once you sit down. Serendipitously, a friend was working on the same problem. The two of them teamed up, got into Y Combinator, and spent the next couple of years growing Simmer.

What went well with Simmer

Simmer was a food review app that helped users decide what to order. The app pulled online reviews and used natural language processing to generate ratings. And while Wu and his co-founder decided to close Simmer after two years, they built something they loved

“I built something that could solve my own problems, which is a weird and magical thing,” says Wu. “And so many people tried something new because of the app.”

Wu's favorite feature was called Item Education, which let you click on a dish's ingredients to learn more about the ingredient and its history. "This was my favorite feature," says Wu. "It empowered restaurants to articulate the richness behind their food, and helped customers to order with more intention and curiosity."

While Simmer was live and ramping up in a few cities, the team decided to shut down the company after the pandemic started. Here are five lessons that Wu learned from the experience.

1. You can’t control everything

One is that success or failure isn’t always up to you, at least not completely. “I’m very proud of the success we had,” says Wu. “But then COVID hit. There are a lot of reasons why we failed aside from COVID, but COVID made those challenges insurmountable.”

During the pandemic, Wu found that he wasn’t even using the app. “I wanted to support my local mom-and-pop shops. It didn’t matter if the sandwich wasn't top-rated—I just wanted them to survive.” It was a clear sign it might be time to rethink the idea.

2. You need to find and talk to your target audience

“We had an issue where some of our earliest adopters were well-off users who go to fancy restaurants every day,” says Wu. “But my vision for the app was to help lower the barriers for anyone to discover new food, like having my mom try Indian food for the first time."

Finding the balance of who to listen to and where to put your energy can be difficult, especially when you don’t have a lot of ideal customers offering feedback yet. “We were focusing myopically on one group of power users, but realized that what they wanted isn’t necessarily what everyone else wants,” says Wu. “You should choose users you’re excited about.”

“We rode the wave of our initial MVP for a long time, so we didn’t really question a lot of our initial assumptions,” adds Wu. “From day one, our product was built around the best thing to order, so there were a lot of things we didn’t try or experiment with.”

“For example, we never considered that gluten-intolerant folks would love to see all the dishes that are gluten-free,” shares Wu. “It turns out that was a really amazing feature. Later, we also realized that people really cared about what not to order when we added a ‘Miss List’ section—the worst dishes on the menu. It was literally the inverse of our MVP, and should have been the first thing to test.”

If he had to do it all over again, Wu would focus on more testing while things were going well instead of waiting until he was forced to shift his focus.

In a similar vein, Wu discusses an issue that can trip up many founders. “We were doing the things that were easy because it made us feel like we were moving fast,” says Wu.

They said yes to every “good” opportunity, but he points out that “great” opportunities are few and far between. You need to have the creative energy, the resources, and the right timing to go after them.

“I think that’s a very dangerous thing, for people to be working all day all night, but on what’s right in front of them. The meta issue is that because you're working so hard, you miss the opportunity to meet the moment when it matters,” says Wu.

5. How to recognize it’s time

“Company founders are the most stubborn but optimistic type of people,” says Wu. “By the time they feel in their heart that they should close, oftentimes, it is a lagging indicator. Be honest with yourself. The fact that you're bringing it to your consciousness means that it's already perhaps time to make a decision.”

He also suggests taking a broader look at the issue. Is it that your unique insights aren’t valid anymore, is the environment wrong, or is it that you (or the team) aren’t up for the challenge right now?

“It’s hard enough for A-teams to survive downturns or pivots. If a good portion of your team is tired and doesn't have the creative cycles left, surviving off ramen and working even harder isn’t likely to produce the bounce back stories you hear about,” says Wu. Taking a break to reset might make more sense. “If your unique insights still stand, you can always come back to it.”

How to make a graceful exit

Wu was the one to make the call and say the timing wasn’t right for Simmer. While it was a hard choice, he thinks it was the right one and reflected on insights he’d share with other founders who are ready to move on.

“After you close up, you might not realize it, but you’re burnt out,” he says. It can be tempting to jump right into another project, but he thinks you can make the most of the time by focusing inward. “If you don’t take the time to bottle, process, and grow from the experience, you lose those implicit learnings,” says Wu. “Make it your project to be wildly introspective.”

Wu didn’t necessarily follow his own advice at the time. After a few wrong turns, he started as the first product manager at Woflow. Woflow offers merchant data onboarding, which was a huge headache Wu experienced at Simmer, and Simmer was actually one of the company’s earliest customers. 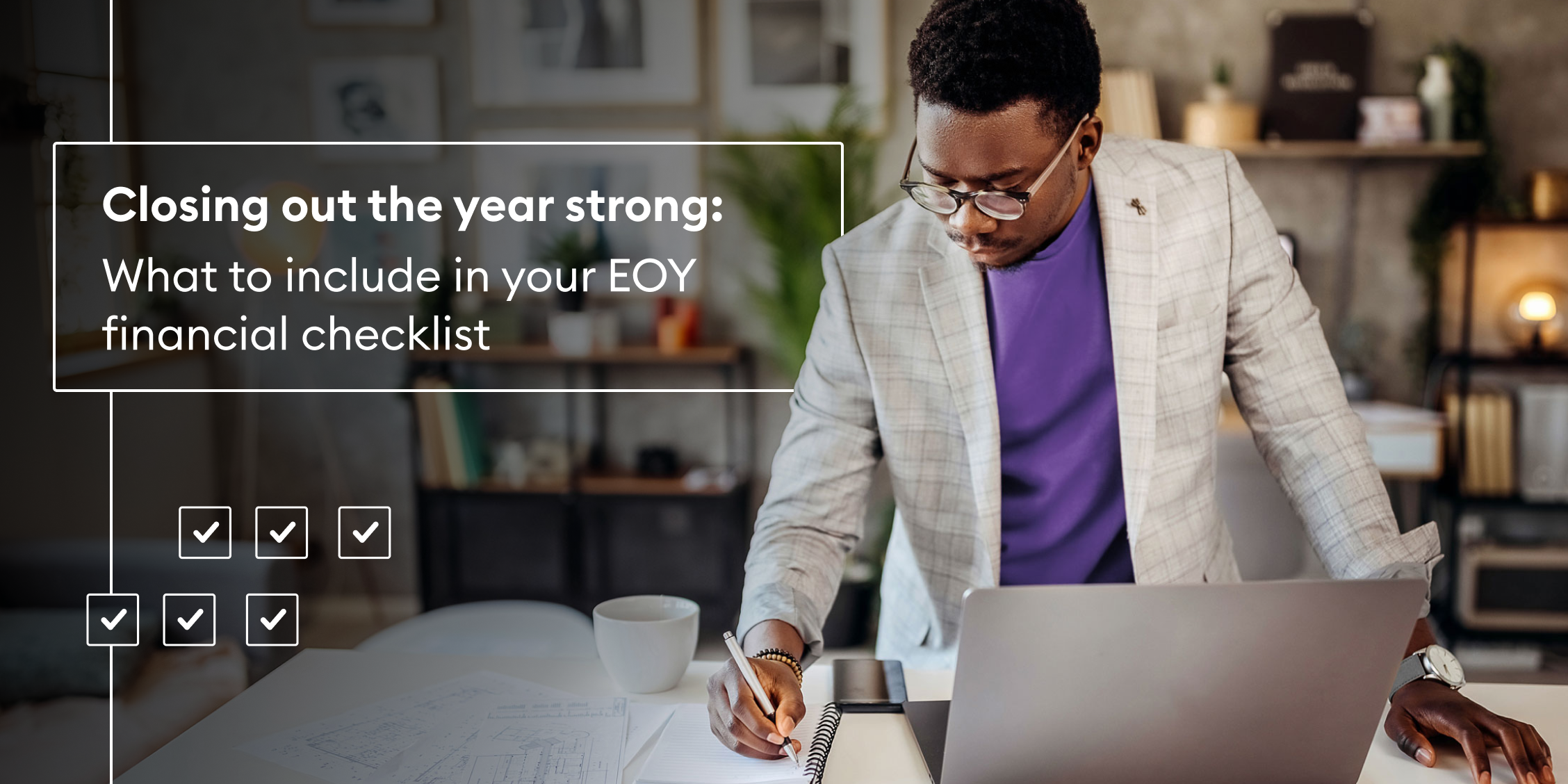 6 End-of-Year Mistakes That Startups Should Avoid 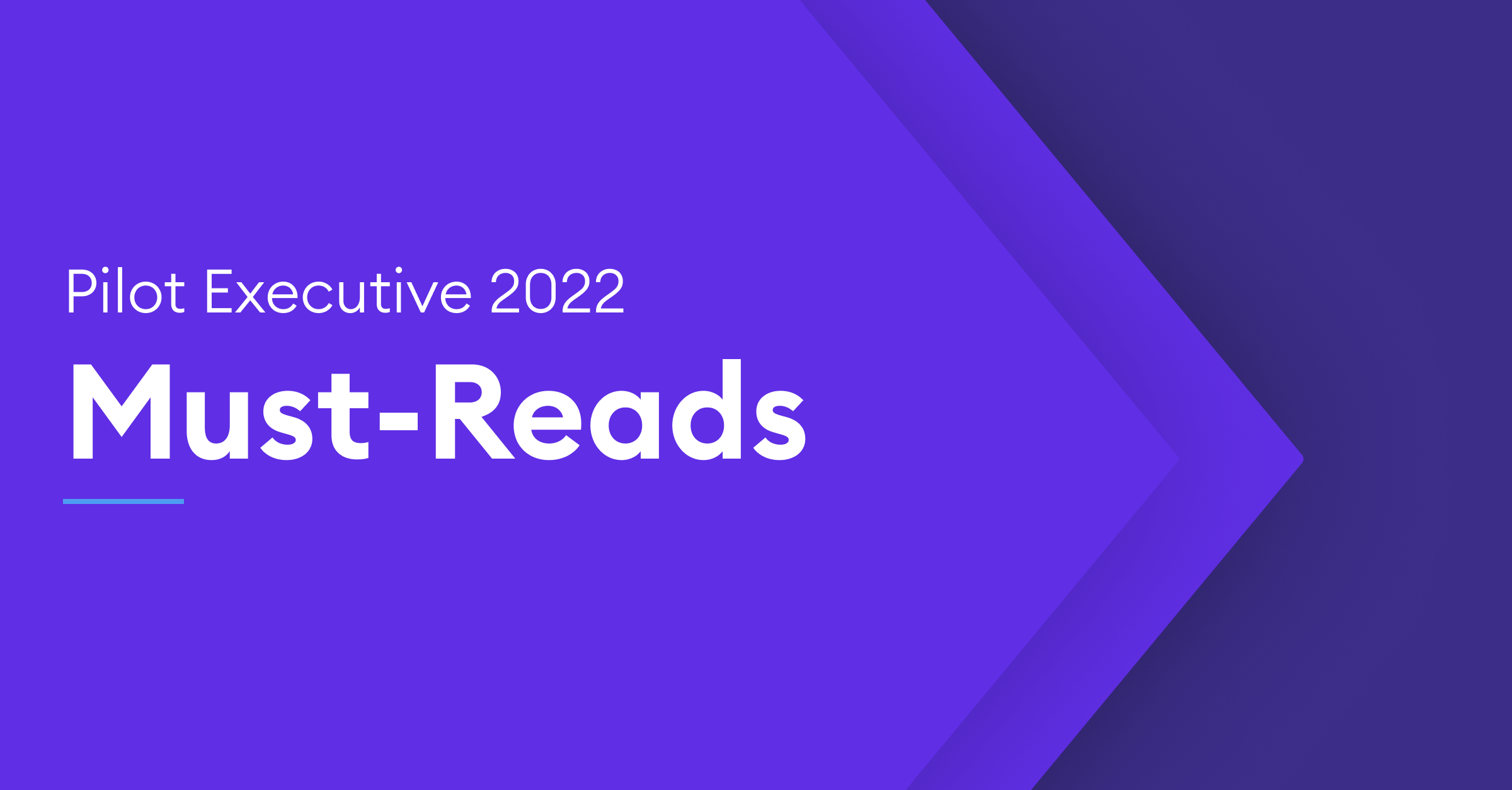 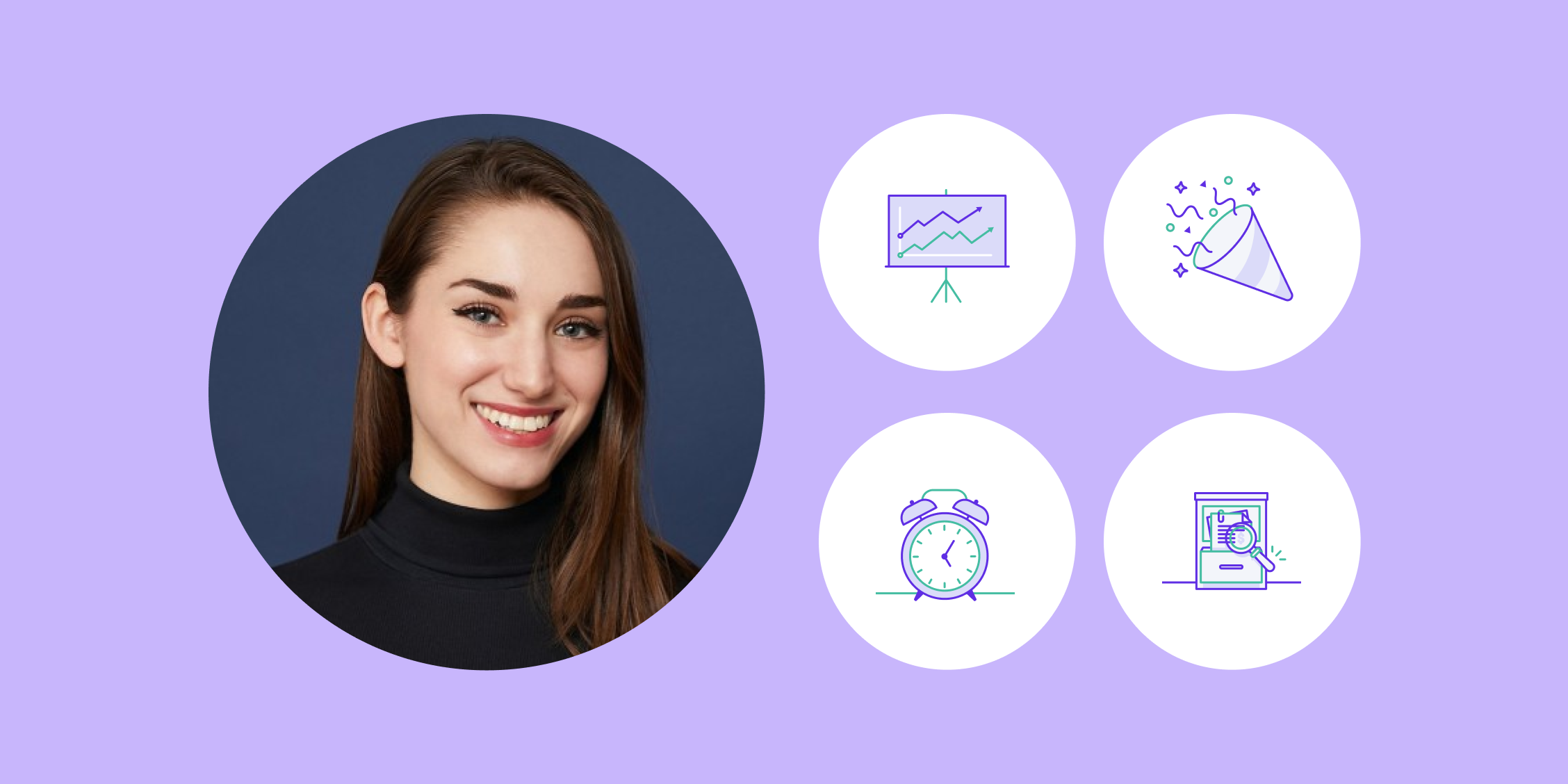 How to Ace Your YC Interview